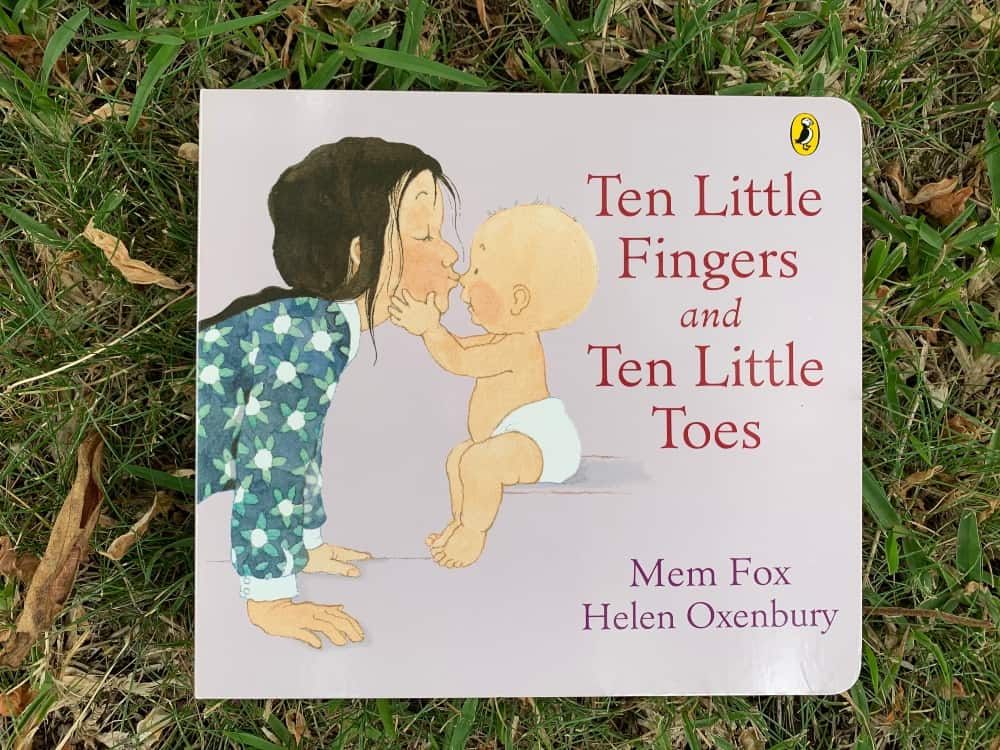 Mem Fox’s Ten Little Fingers and Ten Little Toes was first published in 2008 and has been a favourite with parents and babies the world over ever since. A copy of the book, signed by Mem, was even given to Prince George when he was born in July 2013 as one of Australia’s official gifts to the newest member of the English royal family.

Written in gentle, rhyming verse, this lovely book is a poem of love to babies the world over, brought to life by the divine illustrations of Helen Oxenbury.

A gorgeous board book edition of Ten Little Fingers and Ten Little Toes is one of the very special books we include in our Baby’s First Library Gift Basket.

The words and illustrations in this book are just beautiful. This is how it starts:

The story of how Mem Fox came to write Ten Little Fingers and Ten Little Toes is fascinating.

Even before she wrote Ten Little Fingers and Ten Little Toes, Mem had written extensively about how difficult it is to write a picture book. Because picture books are short compared to novels, people often think they must be easy to write, however, Mem says that it’s actually the reverse and that it usually takes her over two years to write a book of 500 words. Writing good picture books involves the intense and difficult work of finding the right words to put in the right places because even very young children are deeply attracted to really good writing, as opposed to ordinary writing.

Because the writing process is so very difficult Mem has said that she has, several times, become very discouraged to the point that she thought quite seriously about giving up on writing altogether. One such occasion was about fourteen years ago when she was in the US. Feeling completely dispirited about her writing, she phoned her editor in California and her agent in Melbourne in tears, telling them she had decided to resign from writing altogether.

Having made this decision, she relaxed, slept and, a week later, flew back to Australia, travelling from Boston to Adelaide via London, Singapore and Sydney. And during those long flights, she wrote two new stories for babies, one of which turned out to be Ten Little Fingers and Ten Little Toes. The book was immediately accepted for publication and the rest, as they say, is history.

In hindsight, Mem says the idea for the book arose out of a workshop she ran for parents during that trip to Boston. She says: “As they bent over the desk to hand me their books I played with their children and the babies they were holding who seemed to come from all four corners of the earth. Some had chubby brown fingers; some had little black faces; some had fat little pink toes and no hair at all, while others had dead straight black hair that stood all round their heads. All of them melted my heart.”

Apart from being a lovely, lilting book to read aloud, Ten Little Fingers and Ten Little Toes is a beautiful meditation on the similarities we all share, as well as the glorious differences between us. 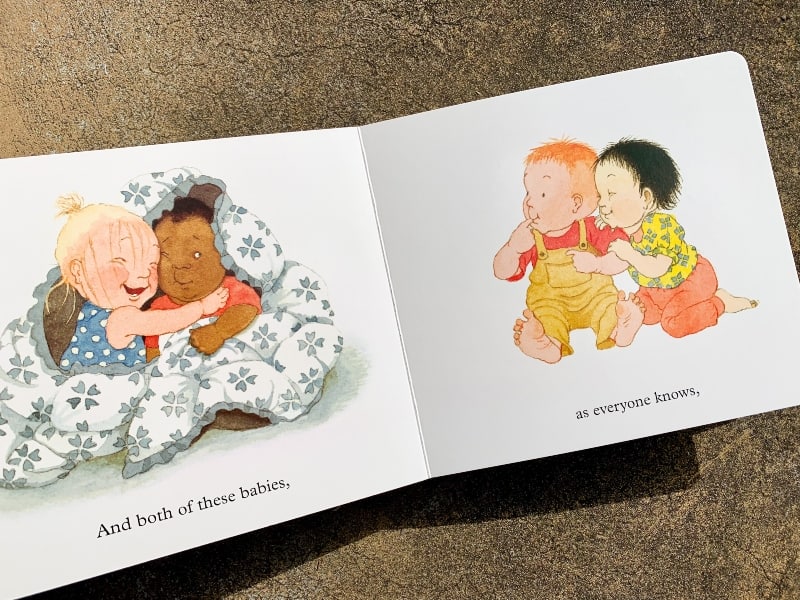 Is Ten Little Fingers and Ten Little Toes a favourite book at your place?

What do your little ones like most about the book?

I write about children’s books and reading and about their potential for enriching the lives of young humans.

As well as being a lover of all things to do with books and reading, I’m a mum of three young adults and a primary school teacher.

I also create gift baskets filled with the very best books for children from newborns to four-year-olds. 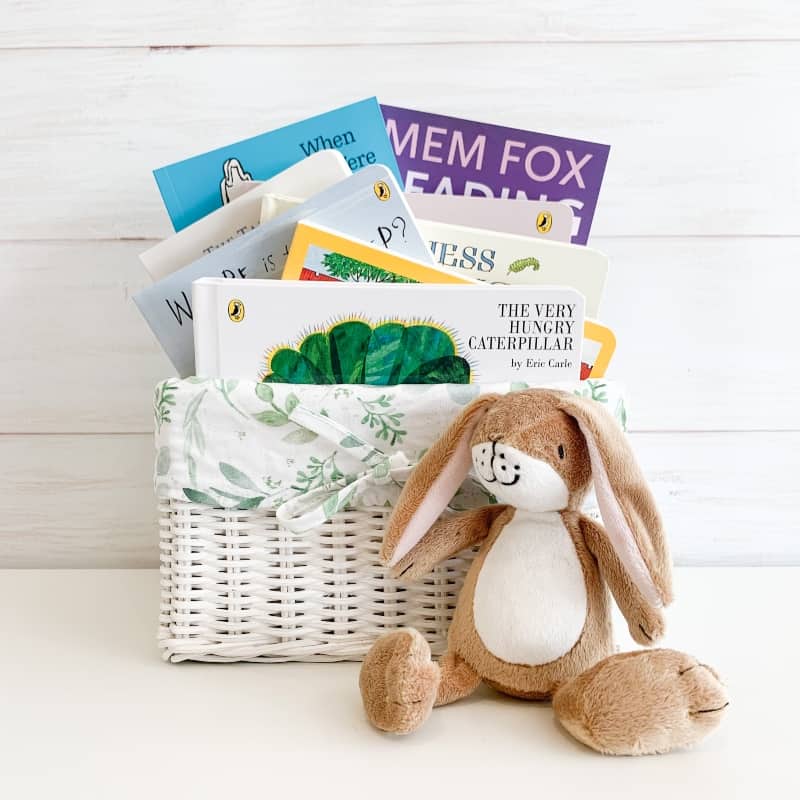